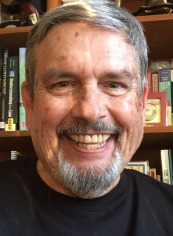 "It appears that the destinies of

to be tied up in some

Hello, and welcome to my little corner of the internet – www.MikeBotula.com

When the first edition  of LST 920: Charlie Botula’s Long, Slow Target! was published by Amazon Books three years ago, I breathed a big sigh of relief. It was the culmination of thirteen years of research and writing which followed decades of procrastination, but now my family story was complete. I could now move onto other projects. But, I didn’t count on my dad’s shipmates, or their friends and family members or the complete strangers  that my father’s war-time story connected with, and the new information they provided. I had started my quest with only the war story that our dad told my brother Packy and me over Sunday dinner for  years as we were growing up.  It was the wartime story of the day that his convoy was attacked by an enemy submarine off the coast of England.

When I posted a note in 2003 on the message board of a special interest internet site for World War Two Navy veterans, I considered the gesture like putting a note in a bottle.  To my astonishment, I received a reply a few days later! Mike, I was with your father on the commissioning crew of LST 920, served with him during all his time on the ship in Europe and the Pacific, and took his place as Exec when he left. Let me know how to get in touch! Don Reed. That started me on the quest! My book, LST 920: Charlie Botula’s Long, Slow Target! was published in the summer of 2016, and the reaction to it was immediate and wide-ranging. One letter came from a nephew of a sailor on LST 921, who expressed his gratitude that my book had answered the questions about the fate of his uncle. From Houston, Texas came an email from a sailor whose ship had been in the same transatlantic convoy, HXM-301, as my dad’s ship. Then, there was Curt Pedersen, who had read the book and figured out that his long-time friend and neighbor, Charlie Watson was the unidentified ship’s cook who had been rescued  from the sinking stern section of LST 921, by two other sailors who had just barely made their escaped from the engine room.

Then, I heard from French diver Christophe Moriceau, who sent me photos of the wreck site of U-667, the U-boat that attacked the convoy. And finally, I heard from Gillian Whittle, the great-niece of one of the crew members aboard the British escort ship that had been blown out of the water by the torpedo intended for my father’s ship, the LST 920. My dad never knew it, but he owed his life to Able Seaman William Todd, Royal Navy and his shipmates. Todd was just 19 when he was killed.

Elsewhere on my website, there’s a portal to my blog, biographical information on my careers in broadcasting and my government service to the County of Los Angeles as well as the State of California. Finally there’s my new career – writing! I’m writing about my travels, my family, and the people that I have met along the way as I approach my eightieth year!