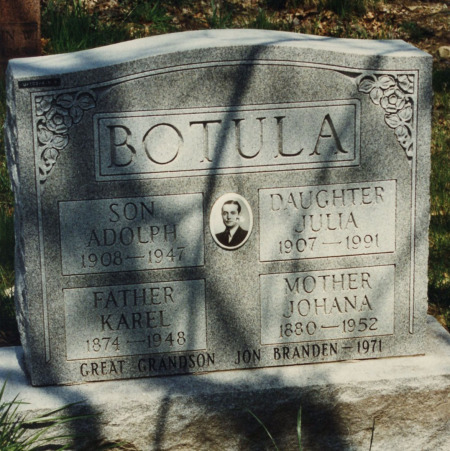 [This story first appeared on the day following Halloween in 2014. This is an updated version]

Today is the first day of November…the day after Halloween….All Saints Day. It is also El Día de los Muertos, or The Day of the Dead. It’s a national holiday throughout Mexico, and it’s widely observed in California as well, particularly among our Hispanic population. It’s a time to honor and pray for family members who have died. The celebration takes place on the first day of November, in connection with the Catholic holidays of All Saints' Day and All Souls' Day. Traditions include putting up private altars honoring the deceased and decorating them with sugar skulls, marigolds, and the favorite foods and beverages of the departed. Families of the departed also visit their relatives’ graves with these as gifts. They also leave possessions of the deceased.

I had been gone from my home town most of my adult life. While I had been born in New York City, I had grown up in Riverhead and went all the way through high school here. I had come here one sunny day in April of 1961 with my brother Packy, and our father Charles to bury our mother, Mary. On another sad day in November of 1965 my brother and I returned to bury our father, Charles. Following their funerals, my brother Packy and I set to the task of closing up the home where we had grown up and get it ready to be sold. An unseen gate slammed shut on our idyllic childhood, and we both moved on with our lives. Now, on this sunny day in September forty eight years later, “Skip” and Charlie Botula are still resting in their quiet place marked by two granite headstones, their repose shaded by an old oak tree. It’s not quite November 1st, but this is now my own personal Día de los Muertos. After visiting my parents’ graves, I walk along the path through the cemetery.  My stroll takes me on a tour of my childhood. Across the way from mom and dad is “Papa Nick” Meras, the smiling Greek man whose family still runs the confectionary where we used to gather after school. Down the way is my third grade teacher, Ramsey Walters. Around the bend is my old scoutmaster, Alton Medsger. Across the way, in a plot marked by a tall granite monument are my parents’ best friends, Fred and Beverly Alexander. Glancing down at the headstones as I walk along, I see so many family friends.

I had come to this gravesite for the first time in 1947 with my father when I was six years old. It was the first time that death had touched our family, and I was overwhelmed by my grief. My dad’s brother, Adolf had died suddenly at the family homestead on Ward Street. Forty eight years later I had returned to say farewell to my dad’s other brother, my beloved Uncle Ted. My own dad was not here – he and my mother had passed away thirty years before, and were buried back in my home town. For me, the two gravesite visits were like placing bookends on either side of important volumes of my family’s history. I viewed the moment as a flashback with the scene beginning in a chaotic drama in black and white and quickly flashing forward in time to a similar but continuing as a contemporary drama in full color. As is the custom in many Roman Catholic cemeteries, we said goodbye to Uncle Ted at a short service in the cemetery chapel and then we left to let the graves crew do its job. There were no graveside goodbyes. After the chapel farewells, my cousins, my brother and I among them, decided on our own to visit the family gravesite. There are three generations of Botula’s buried at this plot, there are other family members resting nearby. It wasn’t a Dia de los Muertos visit, that’s not part of my Czech heritage, but the sentiment was the same. For the cousins, Packy, Anna Marie, Richard and Frank and me, this became our own brief reunion. We were a close-knit group of cousins, and, we hadn’t been together in many years. Uncle Ted’s passing was a signal moment in the story of our family.

Maybe it’s because of my own love of history, but I love to visit old cemeteries. There are so many stories there. The catacombs, church crypts and necropoli of Rome, colonial era cemeteries along the eastern seaboard of the United States, Gold Rush and Frontier cemeteries in California, Nevada and Arizona. Our own Arlington National Cemetery. There is the small family gravesite behind an old Victorian home in Mariposa, California. The people that own the house acquired the small family burial ground when they acquired the property and now care for it with the same loving care as if it sheltered members of their own family. I think as I walk along that the history of any society lives in its cemeteries.

After all my adventures in life, I now understand that this is where I must return some day, even as a symbolic gram or two of ash. Robert Louis Stevenson’s poem comes to my mind.

''This be the verse you grave for me:
Here he lies where he longed to be;
Home is the sailor, home from the sea,
And the hunter home from the hill.''

Now, let’s go back to a sunny Saturday afternoon on Halloween weekend 21 years before. My wife, Donna and I are on a guided walk through the old, historic cemetery in Santa Ana, California. Our walk takes us past the graves of many notable local historical figures. There are mayors, prominent members of the clergy; a famous Sheriff, Theo Lacy, is buried here, too. The headstones read like a “Who’s Who” of our county. As we walk along, we notice something else. Here and there, people have gathered for what appears to be a picnic. They’ve spread blankets at the gravesites and set down their picnic baskets. Most of them have placed bouquets of flowers at the headstones with lighted candles. I see them praying, saying grace and then lifting glasses in their toasts. Curious, I approach a family gathered around one of the graves. “Good afternoon,” I greet them. Nice day for a picnic, isn’t it? They smile and nod. But, why have a picnic in a cemetery? I ask. El Dia de los Muertos,” the woman said in a soft, accented voice. It is El Día de los Muertos, or The Day of the Dead.  Today, we come to the cemetery to honor members of our families who have passed on and to pray for them. She continued. We want to let them know that even though they have left this life, they are still part of our family. I had never heard of such a custom. The woman went on to explain to me that it is a holiday in Mexico and more important to Mexican culture than Halloween itself. I was quite moved.

In our society, visits to loved one’s graves can be infrequent and generally very brief. Flowers can be placed at the headstone and a prayer said. But, long spans of time can pass before a return visit is made, if ever. Gone forever and easily forgotten. At that moment, I realized that I had not visited my parents resting place in more than 30 years. Our cemetery walk this day took place on Halloween. The next day would be the first day of November, All Saints Day and El Dia de los Muertos. I could feel the connection here. I could almost hear the grandmother talking to her family as they picnicked six feet above her. I could feel the love and respect these family members were showing their loved ones. Later, as we continued along our walk, I thought of my own parents who were buried far away from where I lived now and made a promise to myself to honor them one day in the tradition of El Dia de los Muertos.

Eleven years later I kept that promise during a reunion of my high school graduating class. I had taken my new fiancée and my son back to my home town to join me in reconnecting with old friends and classmates that I hadn’t seen in 45 years. For my son, the trip gave him a chance to connect with a family that he had only heard about, or seen snapshots of, or read about. My wife-to-be said it gave her a chance to know me a little better. It took about forty five minutes to find the gravesite and then, we placed a bouquet of roses between the headstones. I put my arm around my son’s shoulder as my lady hung back a few paces and together we bowed our heads. “Mom. Dad.” I said, “I’d like you to meet your grandson. I’d also like to introduce your new daughter.” We stood in silence for a few moments and then I said, “We’ll be back.”

In that moment, I truly understood what the Mexican woman had told me in the Santa Ana Cemetery years earlier. Five years later when I returned for our next reunion, I went to the cemetery with a blanket, a bottle of wine, three glasses and two rose  bouquets. I brought some family pictures and spent an hour trying to tell them everything important in my life since they had left me. I poured each of us a glass of California Zinfandel, set a glass at each of their headstones next to the rose bouquets and splashed a bit of my wine on each of their graves, toasting them as I did. This has now become part of my own family’s tradition, although my trips back to my home town usually don’t coincide with El Dia de los Muertos on the first of November. But, it has more meaning for me than the Halloween celebration.