Mike Botula: The Story Behind the Smile 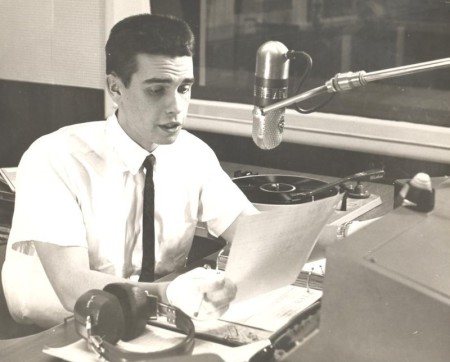 My Story as Told by Me!

I missed the California Gold Rush of 1849 by 98 years, but I did get here in time for the “Summer of Love” in the 1960s in San Francisco. A New Yorker by birth, I first saw the light of day in mid-town Manhattan on January 17, 1941 at the Wickersham Hospital, where my mom worked as a nurse. Then, we all came home to Riverhead, on Eastern Long Island, about 70 miles east of the “Big Apple,” where I grew up. A younger brother, Charles Botula III, nicknamed “Packy” came along five years later. My dad was also named Charles.

Maybe  it was  the fact that in the years before I  started  grade school my  main playmate  was the  family’s big GE console radio, but, the radio bug bit early. At age 15 in 1956, I got my break – doing a fifteen minute children’s show on WRIV called the Kiddie Klub. I  worked my way up  to “Polka  Time” and  “Tops  In Pops,” and over the next few years moved from  WRIV to  WVIP in Westchester County in 1960, New York WTFM, NY in  1961. WTFM was the Big Apple’s first 24 hour a day full-time FM Stereo station, and I arrived just before my 21st birthday.

In April 1962, I took a six month leave from WTFM and headed to St. Augustine, Florida to work for my best friend and former program director at WRIV, John Riggs. John needed a hand as he realized his dream of owning a radio station, WETH. By September I was back home in New York and doing the morning show at WTFM. A year later I was recruited for a promotion and I set out for Phoenix as program director of KRFM, a brand new FM  stereo powerhouse in Arizona. I stayed there three years, learned to ride a horse, met a pretty gal from Kankakee, Illinois, got married and in June of 1966, Donna and I headed to California. I took a gig at KFOG in San Francisco shortly after we crossed the Arizona-California state line. To this day they are my favorite call letters and San Francisco my favorite city. The following year I moved back to the Los Angeles area to KNOB, Long Beach. But, I vowed that I’d soon return to Baghdad by the Bay. It took me thirty two years to get back north - to Sacramento.

In Los Angeles my career really took off. After a year at KNOB in Anaheim, I joined the all-news staff of KFWB 980 in March of 1968 – one of the most tumultuous years in American history. It was a great year for a news guy. Three years later I moved to another iconic LA station – KRLA 1110. By June 1972, I had gotten really lucky when  I  was offered  a  news  gig at KMPC 710, without a  doubt the greatest radio  station God  ever breathed life into. My boss was Gene Autry, one of my boyhood heroes.

By the end of the 70’s I began to itch to get into television news. That opportunity came in 1978 when I trotted across the lot from Gene Autry’s radio station to his television station, KTLA 5, where I  stayed for another eight years. Next, on to Fox KTTV 11 and freelance assignments at other local news operations before signing on with Independent Network  News (INN) in 1988.

A major career shift occurred in 1989, when I joined the Los Angeles County District Attorney’s office as News Secretary to District Attorney Ira Reiner. That was another tumultuous year in Los Angeles what with the police beating of Rodney King, the Los Angeles riots and the O.J. Simpson case. During my time  there I was assigned by the new D.A. to  build  a  public affairs program  for the department’s Child Support Bureau  on the eve of a  takeover by the state.

In 2001, Gov. Gray Davis appointed me as the Assistant Director for Public Affairs for the new state Department of Child Support Services. I left the year after “Governator” Arnold Schwarzenegger took office and became a media consultant. In 2005, I reached retirement age, left Sacramento and settled in Stockton, California for what I thought would be "the duration." But, in 2013, with some major life changes taking place, I headed to Italy for an extended stay near my son, Michael and his family. My musings about my European sojourn started posting on Facebook under the title of Rome Diary. A new career as a blogger had begun.

I returned to California where I settled back in Orange County, where I had spent the bulk of my half century in the Golden State, in Rancho Santa Margarita to be near my daughter Dana and her family; daddy Jason and my four young grandchildren - Jacob and Jessica and her twin girls, Jaydan and Jordan. Life for me was "happily ever aftering" until Dana and Jason decided to move to Texas in 2015.

I followed them six months later, settling in to a spacious apartment in Cedar Park, Texas near the state capital. Now I'm in a better position to divide my time between two cities - Austin and Rome and spend quality time with both my children and their families. To underscore my Tale of Two Cities, I quickly signed up for Italian language classes at a nearby campus of Austin Community College with La professoressa Patrizia Papi. Now, during my visits to Italy, I get ample opportunities to practice what Patrizia preaches.

Well into my “Golden Years,” I’m still involved in media projects, producing this website: www.mikebotula.com  and my blog: mikebotula.blogspot.com, doing voice-overs and writing. My book about my father's World War 2 adventures- LST 920: Charlie Botula's Long, Slow Target! has been published by Amazon Books. For a while, I even went back  to  college  to put the  finishing touches on the degree I’ve been working on for the last few decades- a history major. It figures!